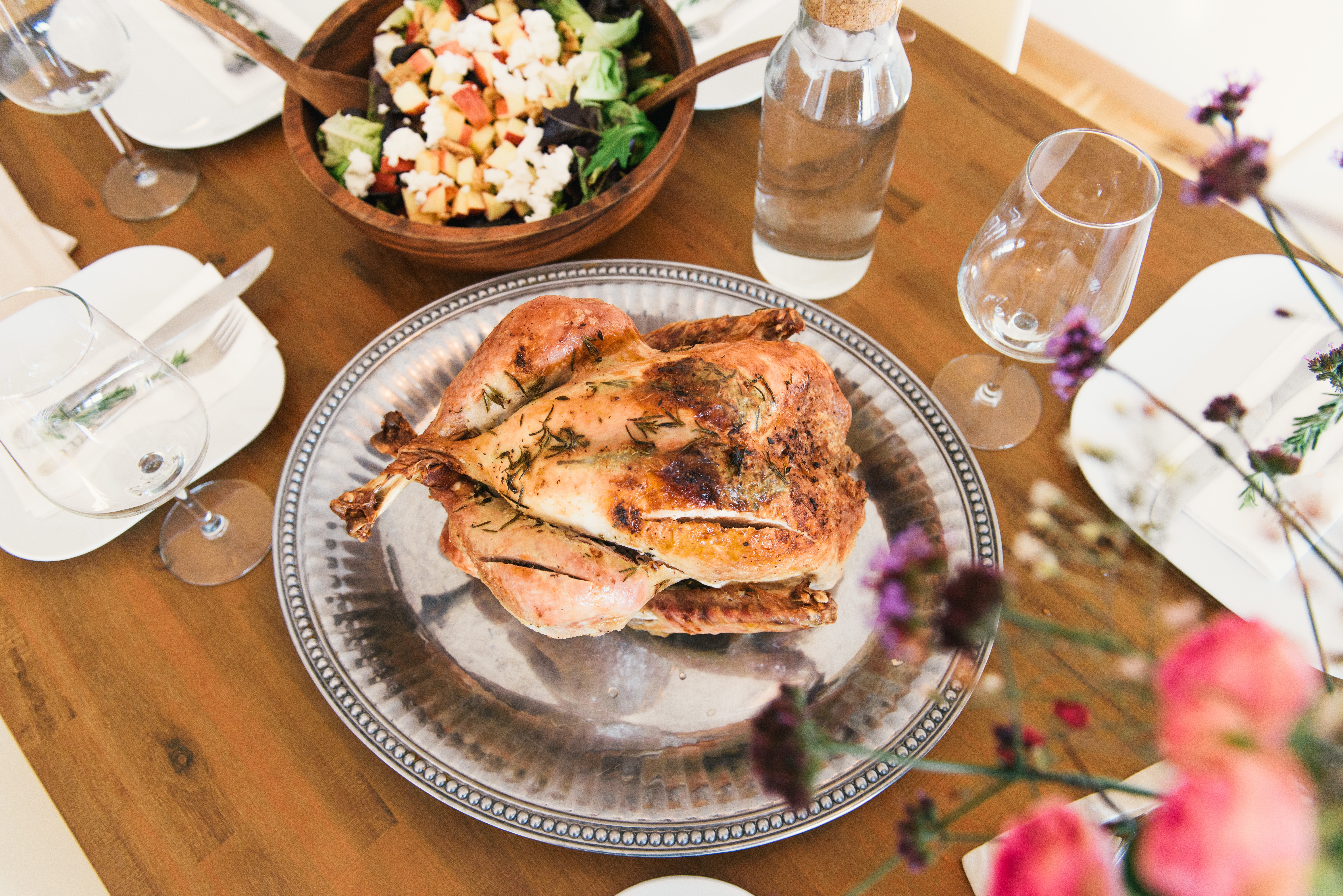 Chicken is now the most popular meat in the UK averaging almost 200g per person per week, not including ready prepared chicken products.

Chicken is now the most popular meat in the UK averaging almost 200g per person per week, not including ready prepared chicken products. However it was not used a lot in my home when I was growing up, when beef was far more popular. However, the two things I said I’d miss when I became a vegetarian were chicken McNuggets and chicken Korma, arguably neither tasting much of chicken.

The wisdom of the Pearce household, well the female half, decided on chicken legs. At first this seemed easy, cheaper, another option to cook along side a vegetarian meal. The fun began in the eating, neither Georgia or I, being new to this, were willing to eat from the bone “cave man” style. So we then started discussing and describing how we could get the meat off minus any of the gristly bits. This was not appreciated by our fellow vegetarians. Despite G and I deliberately being placed facing each other, it was a possibility that one half of the family would have to move to another room. However G and I respectively shut up and placed our bones discretely in a bowel. All was forgiven after we devoured our chocolate mouse that G and I had made for pudding.
Although this was less successful, the following day I was able to remove the meat from the remaining legs with no one around to offend. This gave me my first opportunity to really feel everything there is to feel in a chicken leg, I had the meat cold with a salad which I really enjoyed. The bones and less desirable bits were then made into a chicken soup with some vegetables. The only time I remember my family doing this was with the Christmas turkey and the smell and taste made me very reminiscent of that.

In the end I felt I had successfully dealt with another animal and moved forward in familiarity and appreciation of it. I have also learnt the importance of respecting other peoples wishes and realise how much respect has been shown to me over the 25 years of being a vegetarian.